The end of press freedom in Brazil? Bolsonaro's case against Glenn Greenwald.

The Bolsonaro government has filed a criminal complaint against journalist Greenwald after he revealed unpleasant stories about this same government.

The government of Jair Bolsonaro has filed a criminal complaint against journalist Glenn Greenwald after he reported about corruptive activities of this same government. The accusations look like another attempt to crack down on press freedom by authoritarian-like governments. This follows a trend that has been going on for a few years in some democratic countries, the aim: To stop critical reporting against the ruling class.

Press freedom is under threat in Brazil

Glenn Greenwald has published the Secret Brazil Archives, in which the Intercept revealed that Judge Sérgio Moro may have been partial in his decisions, passing on "advice, investigative leads, and inside information to the prosecutors" to "prevent Lula’s Workers’ Party from winning" the 2018 elections.

After the publication of the Secret Brazil Archives, experts around the world came to the conclusion that former President Lula was a political prisoner. He was released in November 2019.

This leak published by journalist Glenn Greenwald, who also first released the story provided by Edward Snowden on US government snooping back in 2013, led to a political scandal in Brazil, which harmed the reputation of ruling politicians in Brazil, including President Jair Bolsonaro.

For instance, after the scandal was revealed, it was highly criticized that Bolsonaro promoted Judge Moro to become the Brazilian Minister of Justice right after Bolsonaro was elected President of Brazil.

The Intercept issued a statement in regard to the criminal complaint against Greenwald:

"The Bolsonaro government has repeatedly made it clear that it does not believe in basic press freedoms. Today’s announcement that a criminal complaint has been filed against Intercept co-founding editor Glenn Greenwald is the latest example of journalists facing serious threats in Brazil. We are appalled that Brazil’s Public Ministry has decided to file such a blatantly politically motivated charge against Greenwald, in apparent retaliation for The Intercept’s critical reporting on abuses committed by Justice Minister Moro and several federal prosecutors."

Notably, Wellington Divino Marques de Oliveira who filed the criminal complaint against Glenn Greenwald also works in Moro’s Justice Ministry. He wrote that Greenwald has "directly assisted, encouraged and guided the criminal group, DURING the criminal practice, acting as guarantor of the group, obtaining financial advantage with the conduct described here."

Accusations have already been investigated

The most appalling issue about this complaint is that the accusations produced here have already been analyzed by Brazil's Federal Police in 2019. The police came to the conclusion that journalist Greenwald did not commit any crimes while investigating the stories leading to the Secret Brazil Archives, but instead took "extreme caution as a journalist never even to get close to any participation", Greenwald said in a statement.

The complaint issued by the Bolsonaro government is directed against Glenn Greenwald as a controversial representative of journalism due to his repeated critical reporting on governments in North and South America. This complaint, therefore, can be interpreted as a direct attack against press freedom.

It indirectly tells journalists to stop investigating the ruling class or else they will suffer consequences. Even if the complaint does not go though, it will still influence journalists working in- and outside of Brazil - and that's exactly what Bolsonaro wants to achieve.

After winning the 2018 election, President Bolsonaro issued a statement making this clear already: "We will put an end to all activism in Brazil".

This authoritarian tendency of the Bolsonaro government is threatening press freedom by intimidating journalists. The complaint filed against Greenwald is another step into a very worrying direction.

Press freedom is under attack around the world

Bolsonaro, Trump, Orbán, Erdogan – They are just a few of the emerging demagogic political class who symbolize a severe threat to freedom and democracy. Political parties pretend to demonstrate strength by undermining democratic values and freedoms. Even worse: Democratically elected politicians are among the loudest voices against freedom of the press and the right to privacy.

This trend is already being mirrored in changing legislation: The worst surveillance laws have been passed in recent history. Two dreadful examples are Australia’s anti-encryption bill and the UK’s Snooper’s Charter.

However, once a surveillance state has been created, it makes it so much easier for the authoritarians to take over. While it has been proven again and again that more surveillance does not lead to more security, politicians still like to push for even stronger surveillance laws.

This is a threat to everybody's freedom.

We must keep fighting for press freedom

As tendencies for increased surveillance are rising around the globe, we must keep fighting for our right to privacy as well as for press freedom.

Everyone of us can help journalists and whistelblowers by encrypting all their emails. Sign up for a free mail account now!

To support press freedom, we at Tutanota are donating our secure email service as well as Secure Connect to journalists. This encrypted contact form lets journalists add an easy-to-use contact form to their websites through which whistleblowers can contact them anonymously and end-to-end encrypted.

While this, of course, is only a small step, it helps journalists to get in touch with whistleblowers and to protect their identity.

Let's fight together to keep the press free!

Top posts
Tutanota is blocked in Russia in an attempt to stop encrypted communication. 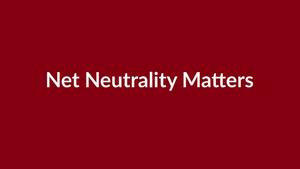 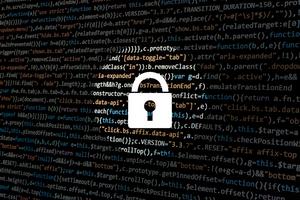